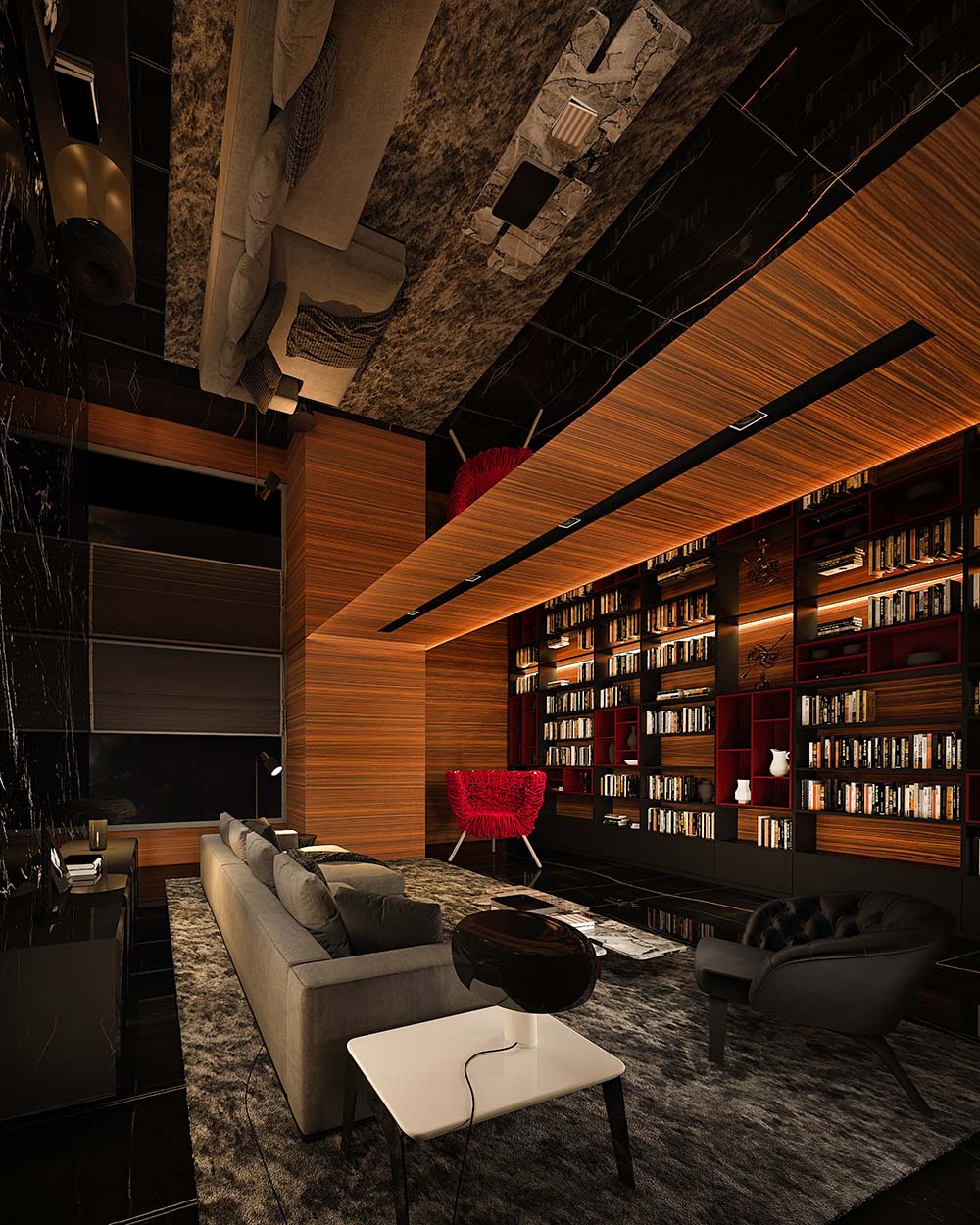 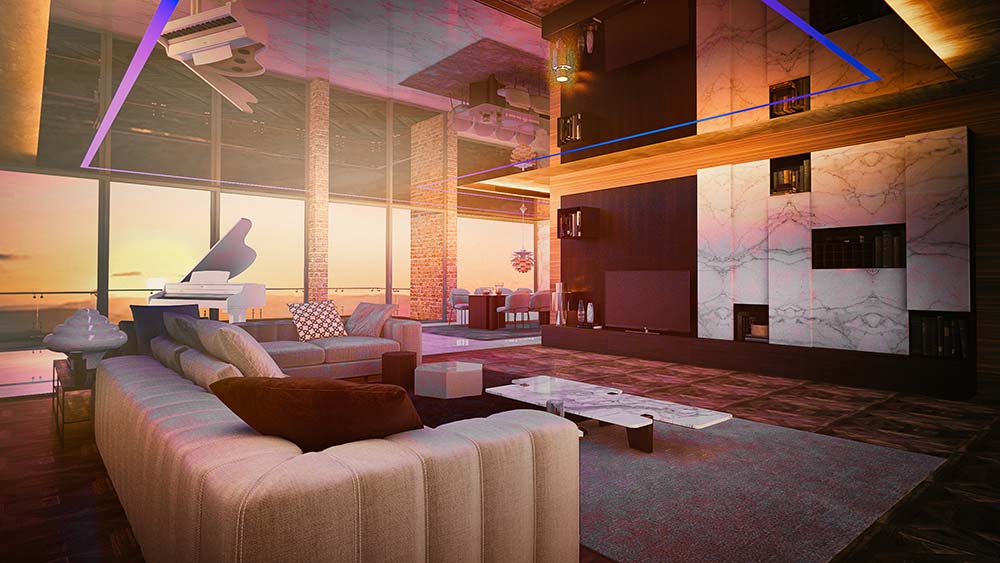 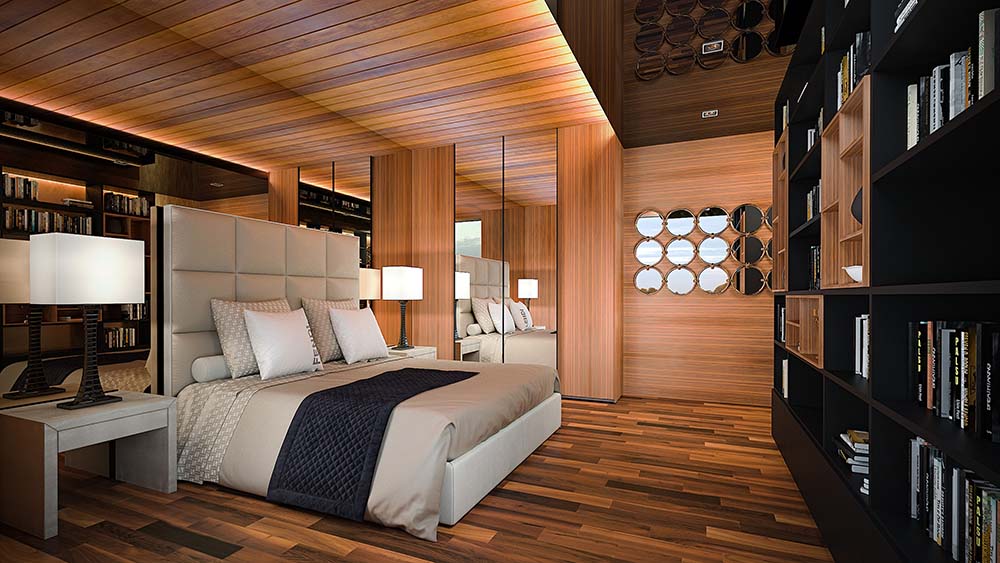 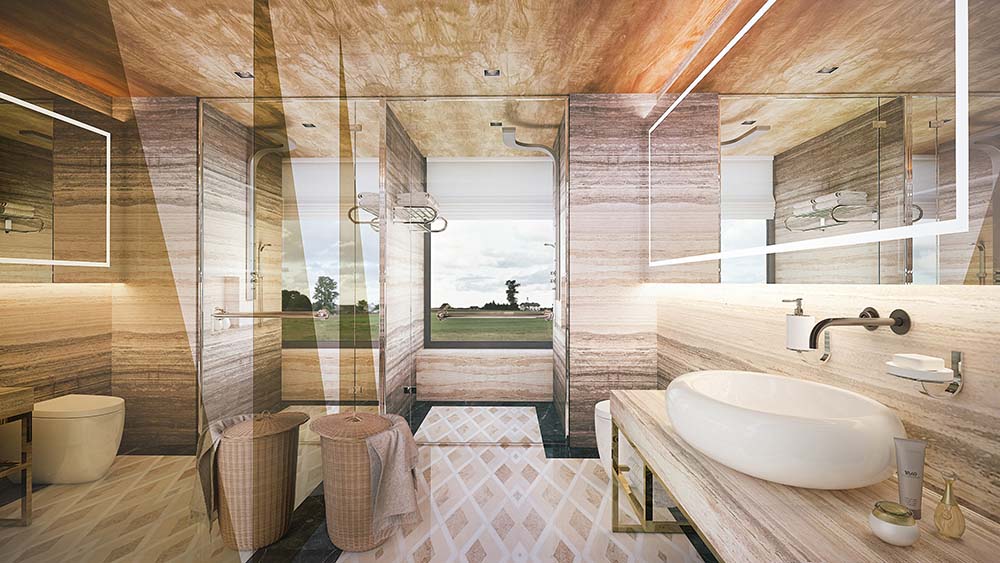 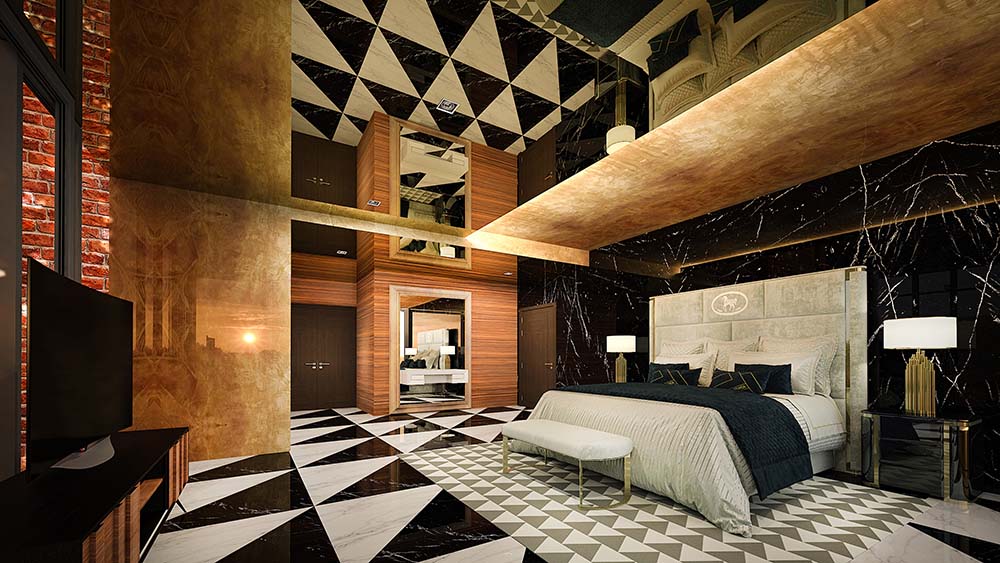 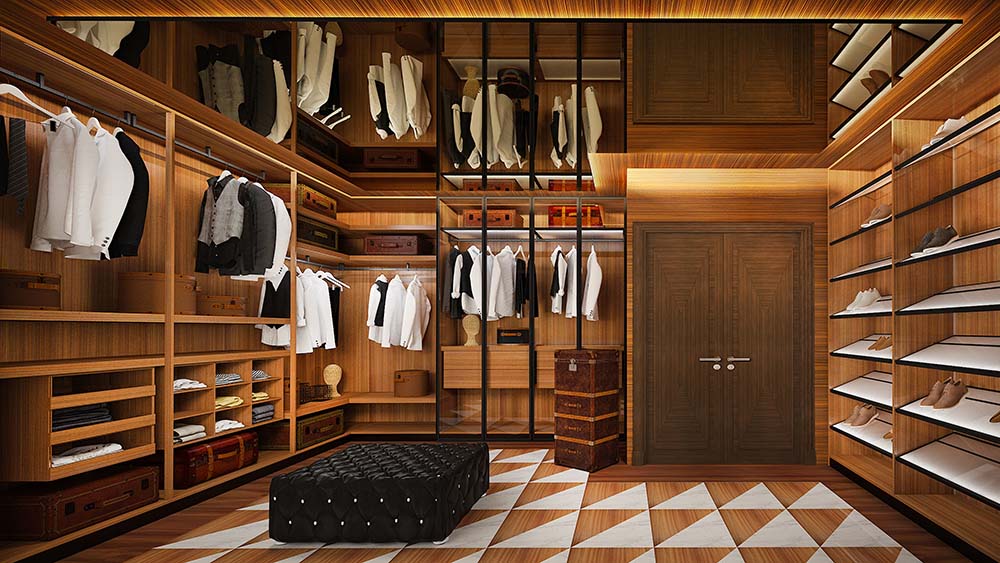 “Dio” Project Description
Designing a couture interior space in Singapore for a penthouse covering 200sqm that focuses on the clean lines and shapes as a primary vector, layered with inimitable materials that reveals its story and history. It is a space unique from one another and priceless to the ones who desire.

The Concept
“Dio” (God in Italian) in my design is influenced by modernist architects and designers such as Le-Corbusier, Mies Van Der Rohe & Gio Ponti. With the use of holy grails such as marble (Lapicida), wood (TalaricoHardwood), metal and lights which are fused together to create a modern luxury space like no other.
The art of designing with marble, act as the heart fused with veins inside it that frames an intimate relation between the users and the space. Exotic materials such as specially figured woods and antique boiseries revives a long lost era and unparalleled beauty which is priceless to this day.
The coloured lighting then reflects these materials rendering a wide spectrum of colours into the space allowing users to craft their bespoke mood. Last but not least are metals and tinted mirrors which ultimately create mass, volume and expressing the divine tones across these spaces.
When designing with “Dio” and Couture in mind, it is necessary to fuse natural materials along with aged artefacts which unveil its limit and beauty throughout. The level of details which stands as the ultimate creative ground produces a sensation of new spectrums that compliments against one another.
Style is eternal, it is the experience within the designed environment that slowly, re-connects us with the joyous moments that happens inside. The qualities that are designed to create a subtle rhythmic transition from one to another presenting an intimate quality between the design and users. 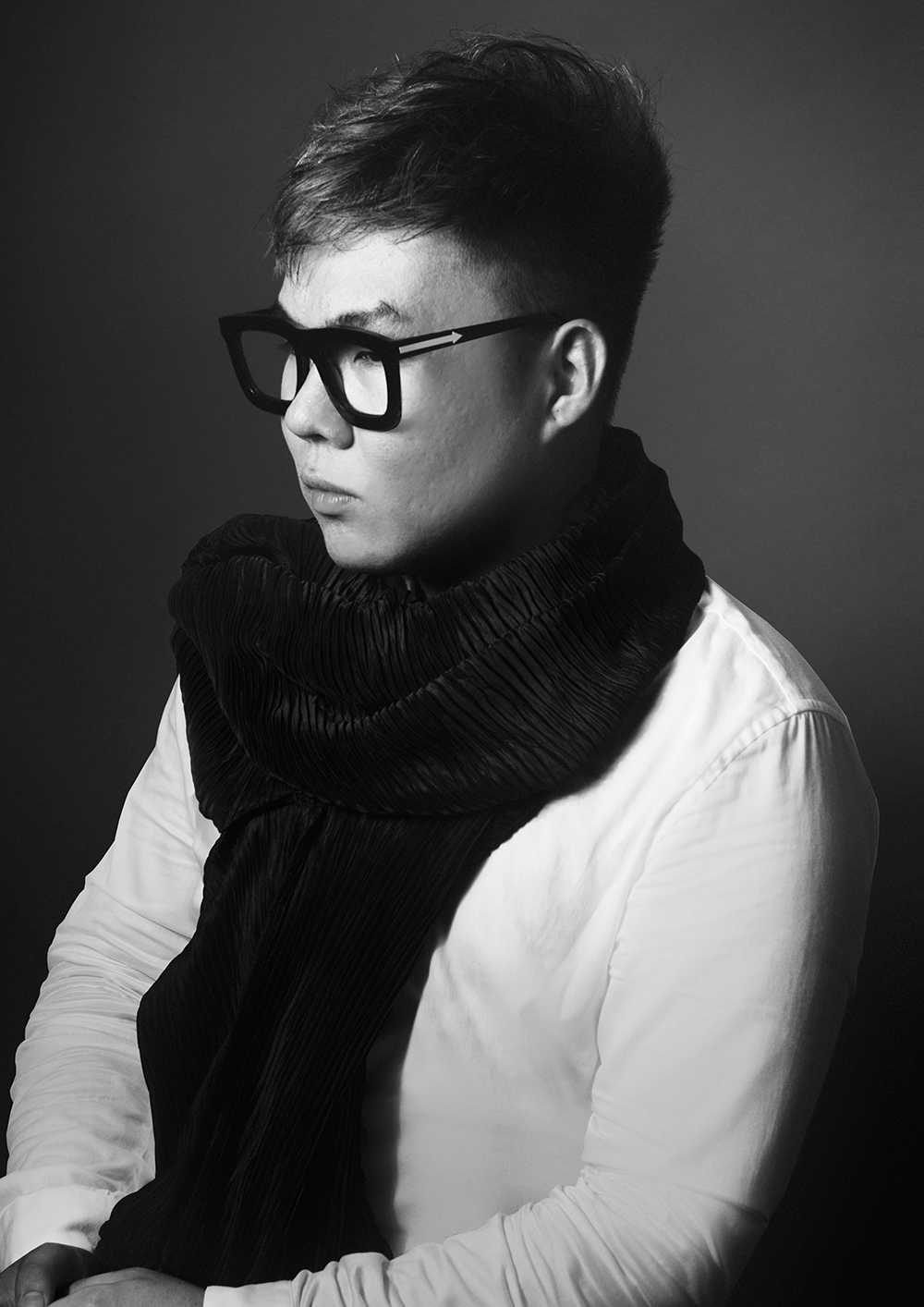 Gareth Seah (Born in 20th October 1994) is currently a third year student based in Singapore, pursuing his Bachelor’s degree in Architecture at the National University of Singapore.
Apart from his studies, he has also actively participated and won in numerous competitions organized by Urban Redevelopment Authority (Singapore), The Fullerton Heritage, Leica, Keppel Land and etc. Just recently, he became one of the finalists for the Royal Caribbean Cruise Design competition as well as achieving 1st Runner Up for the Young Designer Award 2018.
It was his achievements in competitions which got him hand-picked by various industries giving him the opportunity to work with high-end prestigious clients ranging from Luxury Tall-Ships, Hotels, Private Residential and etc.
Under the mentorship of Italian renowned Architect Massimo Mercurio, Gareth envisions himself as an architect and interior designer which will ultimately give him the latitude to design the interior along with an understanding to the exterior surroundings.
His design style is based on re-inventing a new modern and timeless space that redefines a haute and luxurious environment with the use of antique, reclaimed materials fusing with new state of the art present creations.
He also believes that design is not simply about creating or designing a space that looks beautiful and purposeful, but rather a space that has its metaphysical qualities allowing the family to cherish every precious moment with one another.